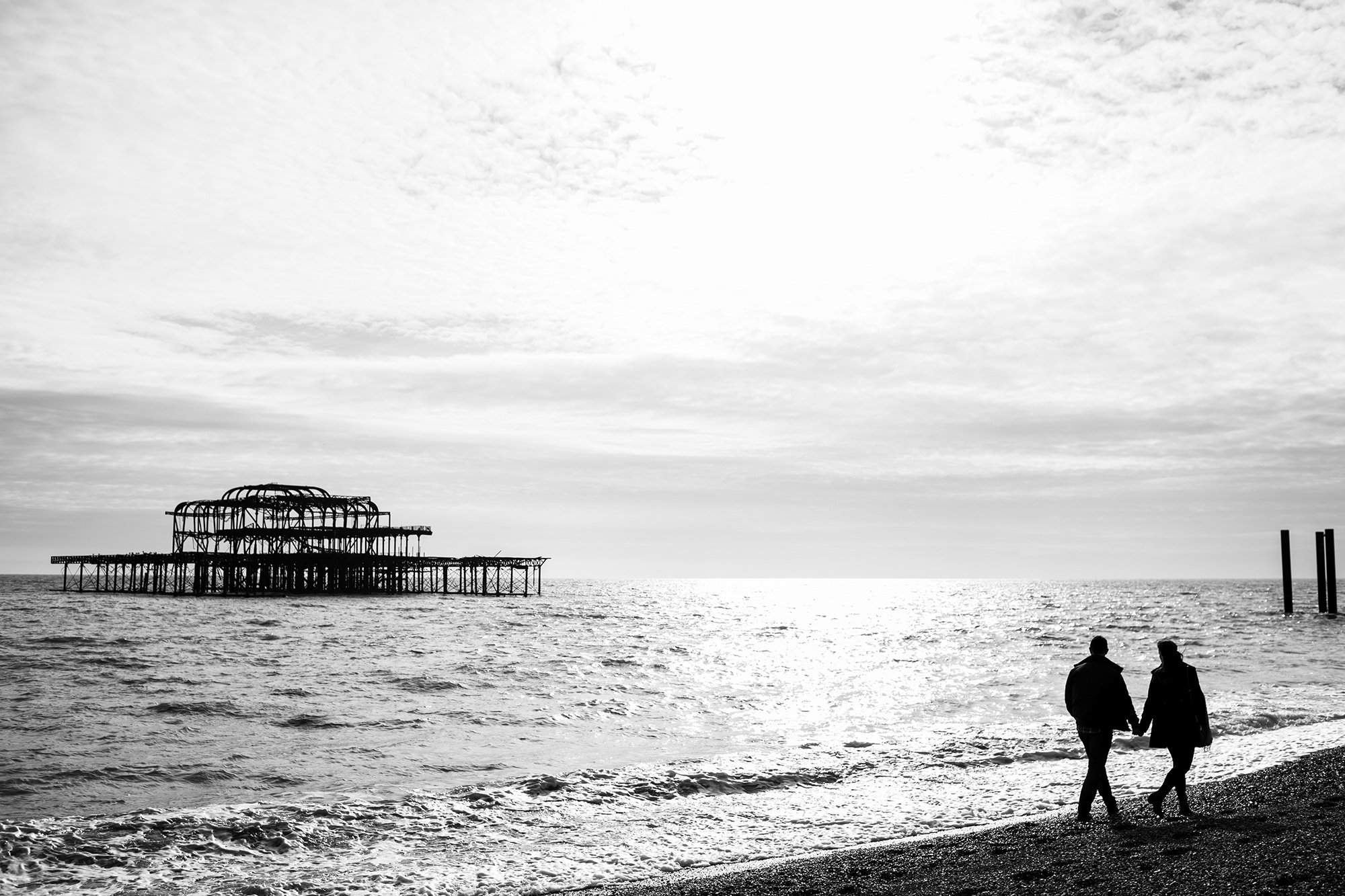 Laura and Lewis are one of those couples who we feel like we have know for years rather than just eighteen months, so when they suggested a Brighton beach pre wedding shoot we knew we were in for a day of fun! Mother nature did her bit and despite it being the end of March it was a glorious bluebird day. Shock revelations though when we discovered that fireman Lewis had NEVER given his fiancée a fireman’s lift! So naturally it made for the perfect time. Throw in some whose-line-is-it-anyway-style doughnut drama and a dive bombing seagull to nick your ice